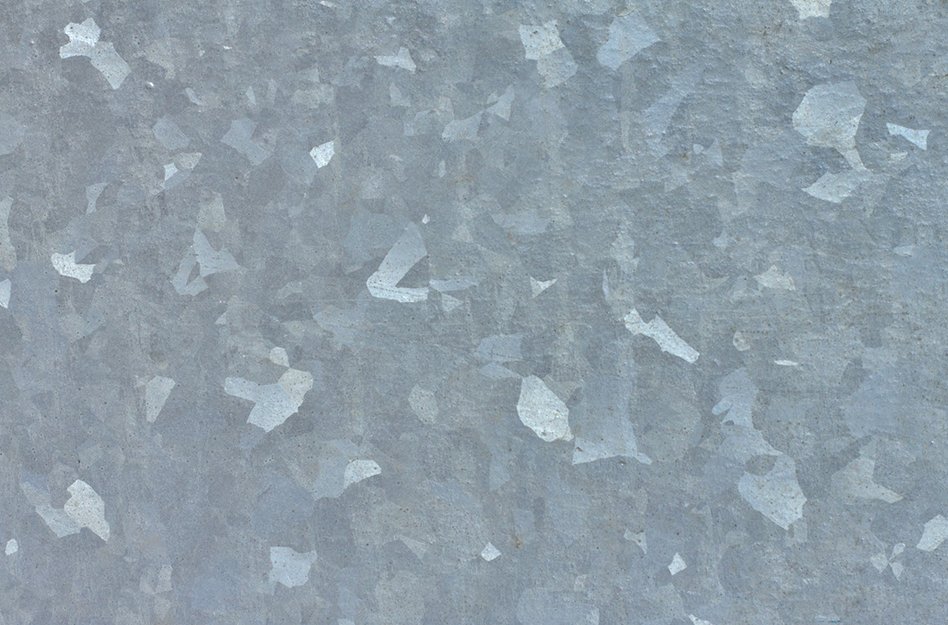 Acknowledgement is made to the American Industrial Fasteners Institute for information in this article.

Approximately 90% of all carbon steel fasteners are plated, coated or furnished with some other type of supplementary finish. Although the principal reason is to protect against corrosion, such treatments also enhance appearance, control installation torque-tension relationships, minimise thread seizing, and assist product identification.

Coatings are adherent layers applied to the surface of a base metal. For commerical fasteners, practically all deposition is accomplished by electroplating, hot-dipping or mechanically. Other processes such as spraying molten metal, vacuum metalising, chemical vapour deposition, ion plating, enamelling and dip and bake are special purpose and economically impractical for stock commercial fasteners. Metallic Coatings Zinc is by far the most widely used plated metal followed in popularity by cadmium and aluminium, which has modest use. Copper, tin, nickel, chromium, lead and silver are used to a lesser degree – all for special reasons.

Zinc is the popular fastener coating also because it is the least expensive, has good appearance, can be applied in a broad range of thickness, by self passivation has good-to-excellent corrosion resistance, and is relatively nontoxic. Zinc plated fasteners may require more tightening torque to develop equivalent preloads in threaded fasteners. Also zinc coatings without some supplementary protection develop a dull white corrosion product on their surface which is nicknamed “white rust”. Because of its unsightly appearance, most zinc plated fasteners are given chromate treatment, which is a chemical conversion process to cover the zinc surface with a hard non-porous film. This added coating effectively seals the surface, protects it against early tarnishing, and reinforces the fastener’s resistance to corrosion attack. Chromate coatings are available clear, iridescent, or in a variety of colours.

As a general rule, fastener service life, in a corrosive atmosphere, is proportional to the thickness of its plating. The thicker the plating the longer it will survive.

Electroplated fasteners have plating thicknesses ranging from a “flash” coating of insignificant thickness to a “commerical” thickness of 0.0002in. 5μm, through to 0.0005in. 12μm. Thicker electroplatings are possible but, from an economics viewpoint, quite impractical.

Hot-dip galvanising produces much thicker coatings, which in engineering standards are expressed in terms of mass of plating metal deposited per unit area of a coated surface. Standard hot-dip galvanised fasteners have an average thickness coating of .002/in2 (50μm in thickness). Heavier coatings to .003 (80μm) are feasible, but such coatings may necessitate adjustments in mating thread fits to a degree that the fastener’s strength properties may be adversely affected.

Mechanically plated coating thicknesses are available through the full range offered by either electroplating or hot-dip galvanising.

For several years, the relative corrosion combating performance of zinc electroplated and hot-dip galvanised fasteners compared with mechanically plated fasteners has been under investigation. A range of exposure environments indicated equivalent performances for fasteners having the same coating thickness.

Zinc plated with chromate treatment, 0.0005in plating thickness: up to 20 years indoors, about 4 years in a rural atmosphere, 2 years in coastal locations and less than 1 year in heavily polluted industrial atmosphere.

Hot-dipped galvanised with an average thickness of 0.002in over 40 years in a rural atmosphere, 25-30 years in coastal locations and 5 years or longer in heavily polluted industrial atmosphere.

Survivability is almost a direct function of coating thickness. However, plating is expensive. Costs – and attendant problems – increase with increasing plating thickness. Consequently, the prudent engineer is advised to specify only that thickness of plating required to satisfy the application.

The build up of plating on fastener surfaces occurs differently with each of the principal deposition methods.

Electroplating deposits the plating metal unevenly with exterior edges and corners receiving thicker coatings. In the fastener’s threaded section, the thickest plating is located at the thread crests and becomes progressively thinner on the thread flanks, with the thinnest deposits in the thread roots. With hot-dip galvanising, it is just the opposite, with thicker coatings deposited at interior corners and in the thread roots. Because clogging of thread roots is difficult to control, it is usually imrpactical to hot-dip galvanise fasteners of nominal sizes smaller than M10 (3/8”). Mechanical plating tends to deposit the plating metal similarly to hot-dip galvanising but more smoothly and considerably more uniform in thickness over the entire surface.

The addition of a plating to its surface increases the size of the fasteners. When the plating thickness exceeds certain limits – generally one-fourth of the specified allowance for the class of thread fit – there is a distinct possibility the internally and externally threaded parts will not assemble. When interference between mating threads is likely, some accommodation must be made prior to plating. Recommended practices for adjusting thread fits of plated fasteners are discussed in AS 1897-1976.

High strength, high hardness carbon steel fasteners have a susceptibility to embrittlement, which evidences itself in various mechanisms. Plated and coated fasteners, especially those that are electroplated, are vulnerable to the one known as hydrogen embrittlement.

Hydrogen embrittlement causes fastener failures, the actual fracture of the fastener into two separate pieces. The failure occurs in service (ie after the fastener has been installed and tightened in its application), it usually happens within hours, it’s sudden, there’s no advance warning or visible indication of imminence.

To neutralise the threat of hydrogen embrittlement, fasteners are thermally baked as early as possible after plating. Time delays seriously jeopardise the effectiveness and benefits of the baking. The purpose of the baking – generally at 190°-210° for 3 to 24 hours dependent on plating type and thickness – is to drive out the hydrogen by bleeding it through the plating. Baking is always done prior to chromating or application of any other supplementary coating.

In broad terms, fasteners with hardnesses less than Rockwell C32 have a low risk of embrittlement. Those with higher hardnesses should always be suspect.

Because mechanical plating is nonelectrolytic, the hydrogen embrittlement thread is virtually eliminated. In fact, parts with hardnesses up to Rockwell C55, mechanically plated without post baking, have performed satisfactorily without evidence of embrittlement.

Hot-dip galvanised fasteners are rarely subject to hydrogen embrittlement. The primary reason is that engineering standards strongly discourage the hot-dip galvanising of fasteners with hardnesses higher than Rockwell C35 – ie fasteners stronger than AS 1110 – 8.8, AS 1252 – 8.8 and AS 2465 – Grade 5. The reason is that galvanised fasteners of higher strengths have a susceptibility to another embrittlement mechanism known as stress corrosion or stress corrosion cracking.

Zinc phosphate coatings, or manganese phosphate often used as a permitted alternative, are extensively specified for fasteners, particularly those intended for use in automotive application. The phosphate base provides an excellent substrate for painting and for retention of oils, waxes or other organic lubricating materials.

Most zinc phosphated fasteners are additionally oiled to enhance corrosion resistance and to help control torque-tension relationships. Dry zinc phosphate is often used as a base for nonmetallic locking elements on externally threaded fasteners.

The corrosion resistance of zinc phosphated and oiled fasteners is reasonably good in nonaggressive atmospheres. Significant improvements are possible through secondary treatments, such as painting.

Although phosphate-coated high strength fasteners are not immune to hydrogen embrittlement, susceptibility and frequency of occurrence are less than similar fasteners which have been electroplated. Unlike deposited plating, phosphate coatings do not significantly increase fastener size. Tolerance 6g/6H (Class 2A/2B) screw thread fits are usually adequate to permit assembly. Rarely is it necessary to make adjustments in thread size limits prior to coating.

One of the more important considerations when evaluating the possible use of phosphate coated fastener is cost. Phosphate and oiled coatings are less expensive than zinc electroplating with chromate treatment.

However, the packaging and handling of phosphate and oiled fasteners has a degree of sensitivity because the oil may be removed by absorption into the packing materials.

The table below is condensed from Blacks Bulletin No. 6-69, where materials other than steel are included (eg stainless steel, brass, aluminium). It gives recommendations as to the finishes on steel bolts which are considered satisfactory – from the corrosion viewpoint – for the joining of metals which could cause “galvanic” effects.

AS B193-1970 Hot-dip Galvanised Coatings on Fasteners (BSW and UNC threads).

AS K132.2-1973 Electroplated Coatings on Threaded Components (Zinc on Steel).

1.    Protection of the small area of the fastener depends on amount of zinc available on the surrounding galvanised surface.

2.    “Chromium plated” - including the trade term “chrome plated” - means plated with a thin layer of chromium over a more substantial layer of nickel (and perhaps copper).

3.    Aluminium is the protected member of aluminium-zinc combinations, causing accelerated corrosion of the zinc. Since wastage of the zinc coating will eventually lead to exposure of the basis steel of the fastener, and then this bare steel could accelerate corrosion of the aluminium and also cause staining - the greater the available amount of zinc the better. Thus, in the absence of painting, the more heavily coated hot dipped galvanised fastening is a better choice than its zinc plated counterpart.